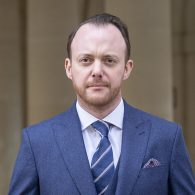 Chaired by Alison Levitt QC, the Review was tasked with exploring allegations of modern slavery and unacceptable working conditions that had circled Leicester’s garment industry for some time, highlighted most recently by undercover investigative reporting by the Sunday Times that placed UK fashion retailer Boohoo at the heart of allegations. Facing significant public and political pressure and with its share price rocked, the company appointed Ms Levitt QC to lead the Independent Review, to explore the claims and uncover the reality of Leicester’s garment sector.

Infinite Global’s approach was wide-ranging, incorporating careful reputation management of the Review itself against tense stakeholder and capital market pressure. The Review faced a complex web of advocacy group campaigns, each varying in its public support for the Review and its stated objectives. This complexity was magnified by high profile NGO concerns over Boohoo’s dedication to meaningful change and the company’s reluctance to commit (at that stage) to publishing the Review’s findings in full. Media and political scrutiny heightened steadily, including direct intervention by the UK Home Secretary.

Against this backdrop, our principal task was to raise awareness of the Review and its public Call For Evidence among target stakeholders, helping prompt the provision of valuable information. Critically, this included not only engaging campaign groups, fashion industry organisations, national and local political representatives and media, but also local (often vulnerable) individuals in Leicester with direct experience of garment factory conditions.

A Review website was established, with information available in seven languages. We deployed a comprehensive media relations programme to maximise national and local coverage, including BBC television and radio features and interviews with Alison Levitt QC, alongside local foreign-language digital radio platforms. This was supported by a print and digital advertisement strategy, including placement of multiple full page adverts in the Leicester Mercury, with the Call for Evidence translated into seven languages, supported by editorial content. We also engaged directly with local community groups in Leicester, to foster on-the-ground awareness and encourage evidence-giving.