A winter of discontent: Arcadia, Debenhams and the media landscape for high street insolvencies 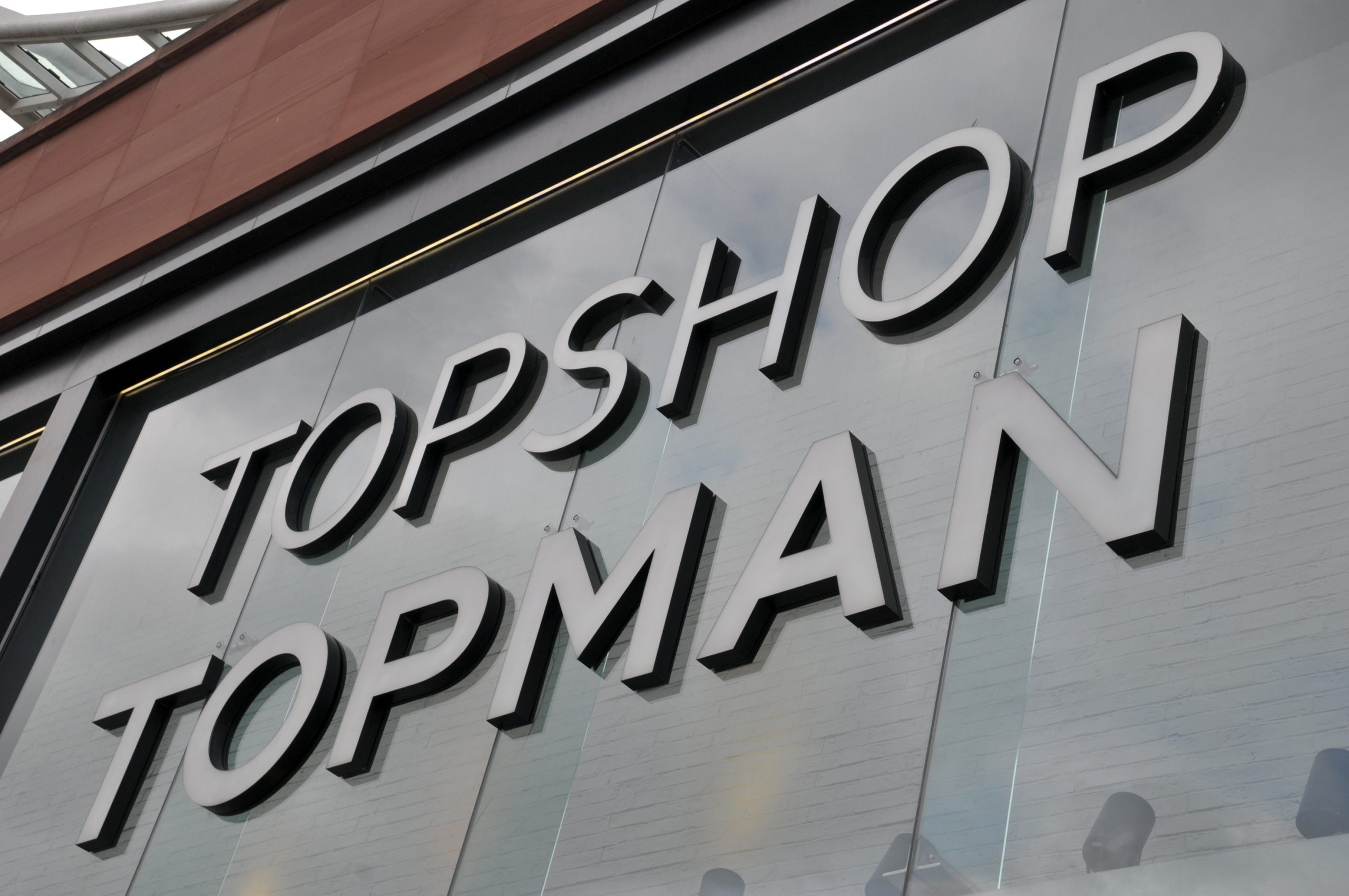 Sadly, insolvencies are once again in the media.

The news that Arcadia – Philip Green’s retail empire consisting of brands including Topshop and Miss Selfridge – has entered into administration along with Bonmarché, as well as the failure to find a suitable saviour for Debenhams have put many thousands of jobs at risk and presented huge communications challenges for the businesses and their advisers.

The high street is a tough place to operate right now. Retail has been undergoing a significant transformation for a number of years as online embeds itself firmly into the consumer buying journey. Those brands who have been fleet of foot and moved with the times have positioned themselves well for a successful future, while those who have been more static – particularly when it comes to bloated bricks and mortar portfolios – have looked at risk. This trend has resulted in wide usage of, and debate about the ethics concerning, Company Voluntary Arrangements. These insolvency mechanisms really started to seep into the media and public consciousness in 2018/19 with several high profile proceedings, and that has continued into 2020.

Covid-19 has, of course, been catastrophic for the leisure and hospitality sector, and it has accelerated that transformation of the retail economy.

There were some casualties early in the crisis, notably Cath Kidston and Laura Ashley. As we highlighted in our April special report – Business Restructuring and Covid-19 – this saw administrations reported on more widely in the press than CVAs for the first time in over a year.

But, even though many had been predicting the imminent destruction of the retail economy actual insolvencies have remained fairly low. According to official statistics, there were around 35% fewer insolvencies in the first three quarters of 2020 compared to 2019.

At first glance, the media reporting has tracked this trend. While there were clear spikes in media interest in insolvencies in the early stages of the pandemic with the struggles of big brands such as Flybe and Carluccios in the public eye, media coverage of insolvencies so far in 2020 is slightly down on 2019.

However, while there have been perhaps fewer than expected insolvencies for the media to report on a slightly worrying trend is beginning to emerge.

If we discount any coverage of Company Voluntary Arrangements – which, by their nature, are mechanisms that enable a business to continue trading in a financially secure manner – and only look at reporting of Administrations – which, in many cases (though not all), presuppose a closure of the business in question – media reporting has actually increased in 2020 compared to 2019.

This is with most of December still ahead of us.

Indeed, looking at November and December in isolation, media reporting of administrations in 2020 is already outstripping 2019.

Arcadia and the media as insolvency stakeholder

Largely this is a result of the big retail collapses of Arcadia, Debenhams and Bonmarché, which have reinforced the fact that insolvency is very much a public matter, and firmly in the public eye.

The media remain a vital stakeholder in any business restructuring communications programme. Arcadia, for example, has had to manage media stories including Philip Green’s conduct as well as more mechanical issues such as the validity of gift cards for customers.

Arcadia is not alone in facing this kind of media scrutiny though.

Factors such as personal reputation and conduct (of management), scale of implications and track record all matter hugely in the construction of the media narrative which, by extension, impacts on the ability of insolvency advisers to do their job effectively and the goal of preserving value in the business and its brand for creditors.

We describe these factors in our five point Reputation in Restructuring Framework. 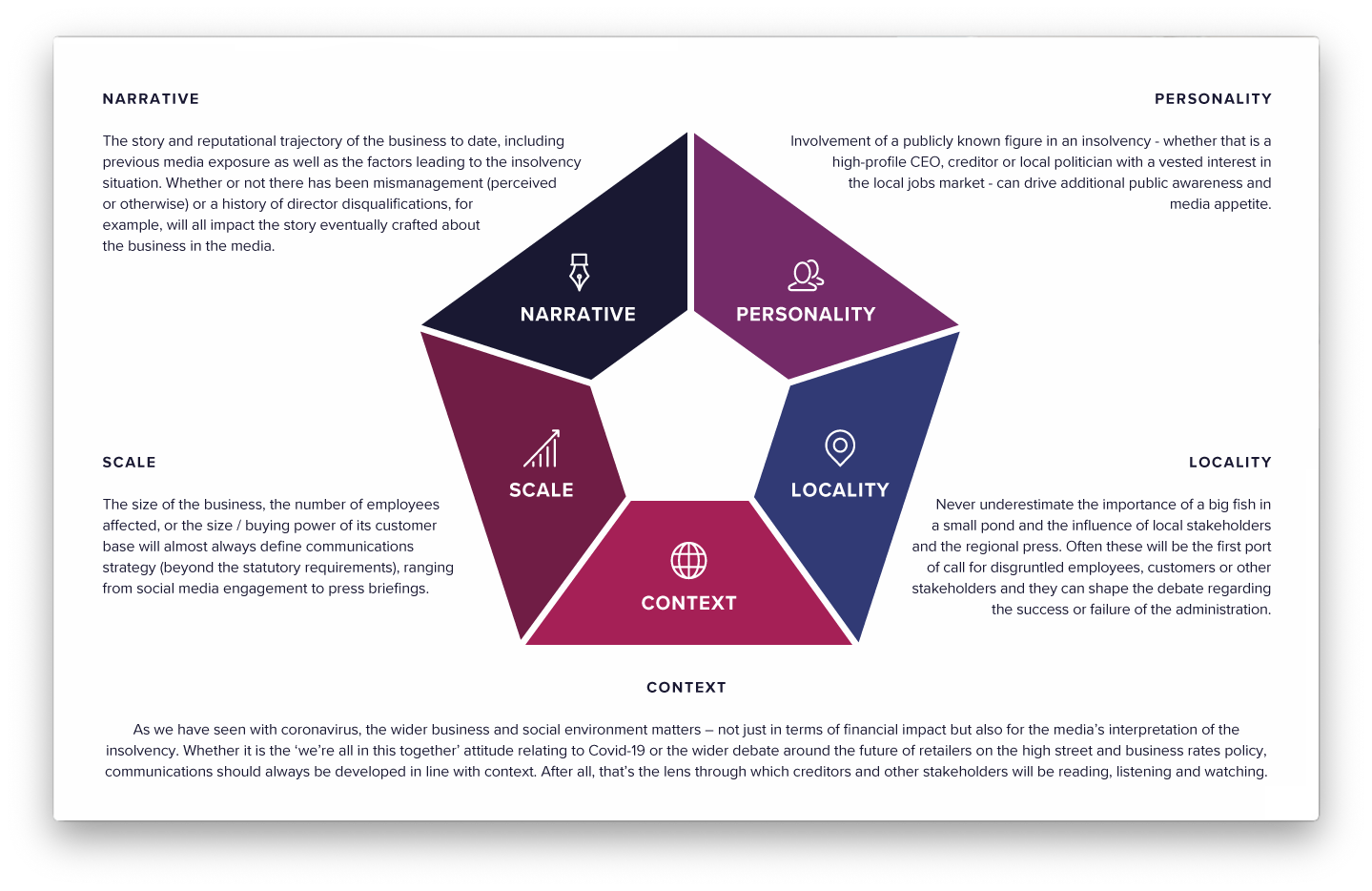 Sadly, even with the new Tier system allowing many retailers to reopen in the run up to Christmas there are real concerns that the knock on effects of changing consumer buying habits and continued financial uncertainty hitting people’s spending habits will mean that there will likely be more retail casualties sooner rather than later. The government’s measures have been hugely successful in preserving businesses and livelihoods but 2021 looks set to be a difficult year with there being a real risk that many businesses who might ordinarily have failed this year have been preserved artificially by government support. According to R3, the insolvency trade body, “gravity cannot be defied forever”.

If you would like to speak to our specialist business restructuring and insolvency communications team, contact us at insolvency@infiniteglobal.com.

All media data comes from database and monitoring provider Factiva. Media coverage of insolvencies has been conducted on the basis of tracking of certain key words and phrases most frequently used in reporting on such matters. It is therefore intended as indicative only.

Email insolvency@infiniteglobal.com to get in touch