Finding a “good” news story in 2017 often felt nearly impossible. We saw natural disasters of unprecedented scale and mounting social and political tensions that divided the country. So as the holidays approached, it felt more important than ever to reinforce our common experiences and foster connections with our communities

We found such an opportunity through The Bar Association of San Francisco. Throughout the year, it works to provide social and legal services to the underserved and underrepresented in the area. To ensure that children enrolled in local Head Start classes receive gifts this time of year, it organizes an annual gift donation program. This holiday season, we at Infinite Global committed to sponsoring a group of 38 two- and three-year-old children.

Making this program special are hand-written wish lists from each child that details what they hope to receive. We received carefully penned requests, in English and Spanish, accompanied with sketches, for everything from cars to characters from the newest Disney movie (“My favorite character was Ernesto because he had an awesome guitar!”). Many explained how and with whom they’d play with these gifts (“I like to play with my sister”) and detailed how they’d tried to be good in anticipation of Santa’s arrival. (There was a whole lot of sharing in San Francisco this year if their claims are to be believed). 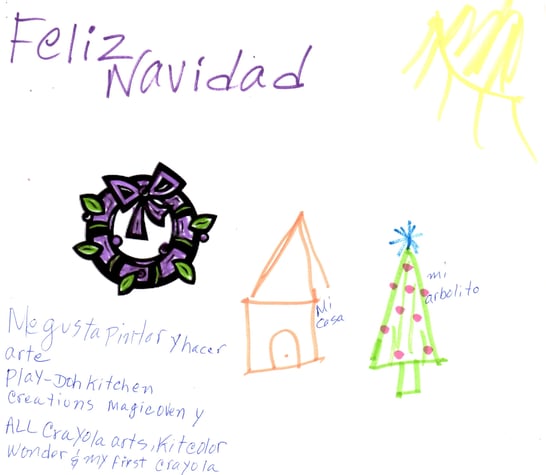 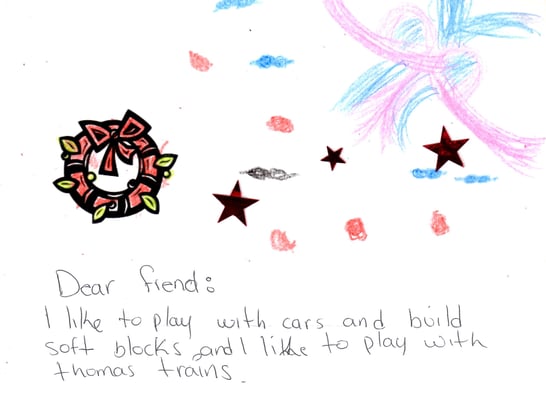 We put out a call throughout the company and received generous contributions “for the kids” – I’ll spare you the heart emojis, but I got those from my colleagues, too. Our conference table transformed into Santa’s workshop as we piled up gifts and checked our lists (twice). Our PR skills clearly trump our wrapping skills – though, to be fair, trains, soccer balls, and drums are particularly challenging shapes.

We then loaded up a sleigh car and delivered several sacks full of gifts to be distributed to the kids. We arrived during their afternoon nap, an unfortunate time since we wouldn’t get to meet the children. Ultimately, it was a smart decision by their teachers, who preferred not to tempt the children with the shiny boxes on which we’d also taped candy canes and chocolates. There’d be no sleeping after seeing that.

As news alerts flashed on my mobile on the ride back to the office, I hoped that maybe we’d done a little to brighten the end of 2017 and that it might provide some uplift for the new year. Maybe we could all do just a little more and that would be enough.

We’re looking forward to building on this momentum through our global Corporate Responsibility program in 2018 and for many years to come. In the meantime, happy holidays from all of us at Infinite Global.