Football and fundraising in London’s Midtown 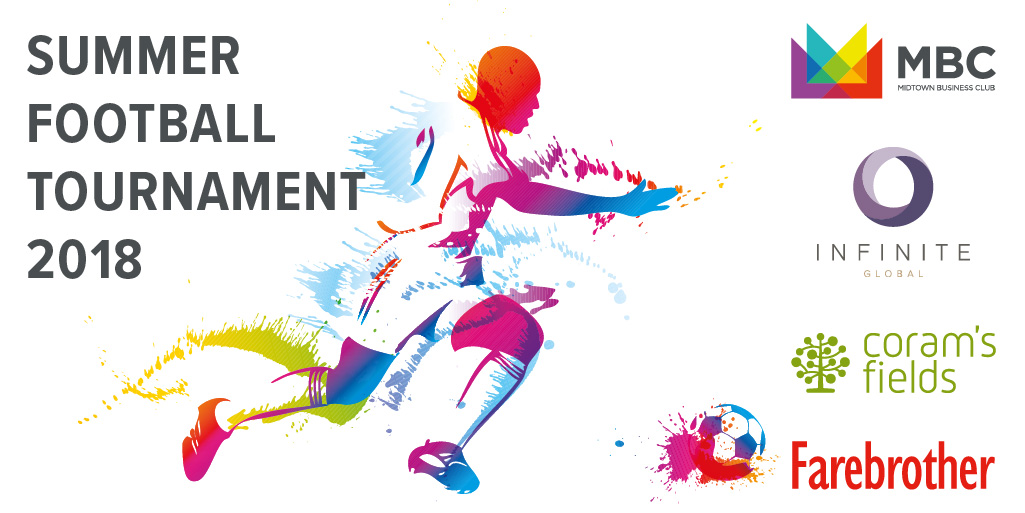 “The inaugural Midtown Business Club Summer Football Tournament was a great success – we were thrilled with the numbers taking part, and the spirit in which the games were played.

“The aim of this tournament was to further enhance the strong sense of camaraderie that we have in Midtown and to use sport to create new connections between local businesses and the local community, which is so fantastically supported by Coram’s Fields.

“We are hugely grateful to the team at Coram’s Fields for helping us make this vision a reality, and to our generous partners and sponsors Infinite Global and Farebrother for their ongoing support. Lastly, a big thank you and well done to all the participating teams – not least our Cup winners Urban Fitness and Plate winners Collyer Bristow!”

“The 2018 World Cup demonstrated the power that sport has to bring people together, and we were pleased to have been able to work with the Midtown Business Club to replicate some of this same spirit on a smaller scale in our local area.

The tournament, and the generous support of all the participating teams and sponsors, has helped raise vital funds for the upkeep of our park and services which support local children and young people. We look forward to welcoming back the Midtown Business Club and its members in the future.”

“It was fantastic to see different businesses in the area come together for such a great cause. The tournament was intended to promote greater connections between business and the local community, and the strong turnout and team spirit on display was a testament to this.

“Corporate Responsibility comes in many guises but, from our perspective, activity should always have firms roots in the who, what, why and where of an organisation. Responsible businesses should take notice of what happens on their doorstep and looking to make a positive impact where they can; Coram’s Fields, just a stones’ throw from our offices on Chancery Lane, is a very special initiative that is making a real difference to the young people in Midtown and we are delighted to have been able to play a small role in supporting its work.

“We would like to thank all of those who took part and helped make the day a success.”

Coram’s Fields and Harmsworth Memorial Playground is a children’s charity that serves as a safe place for all children to come and play. As well as a seven-acre park and playground situated in Bloomsbury, London it also offers an after school and holiday programme and a sports programme for children up to 16 years, a youth centre for 13-19 year olds and an Early Years programme which includes a Nursery and Under 5s Drop In.

About The Midtown Business Club

The Midtown Business Club is a not-for-profit organisation focused on:

The Midtown area of London broadly extends to Euston Road in the North, the Thames in the South, Farringdon Street/Road in the East and Trafalgar Square/Tottenham Court Road in the West.