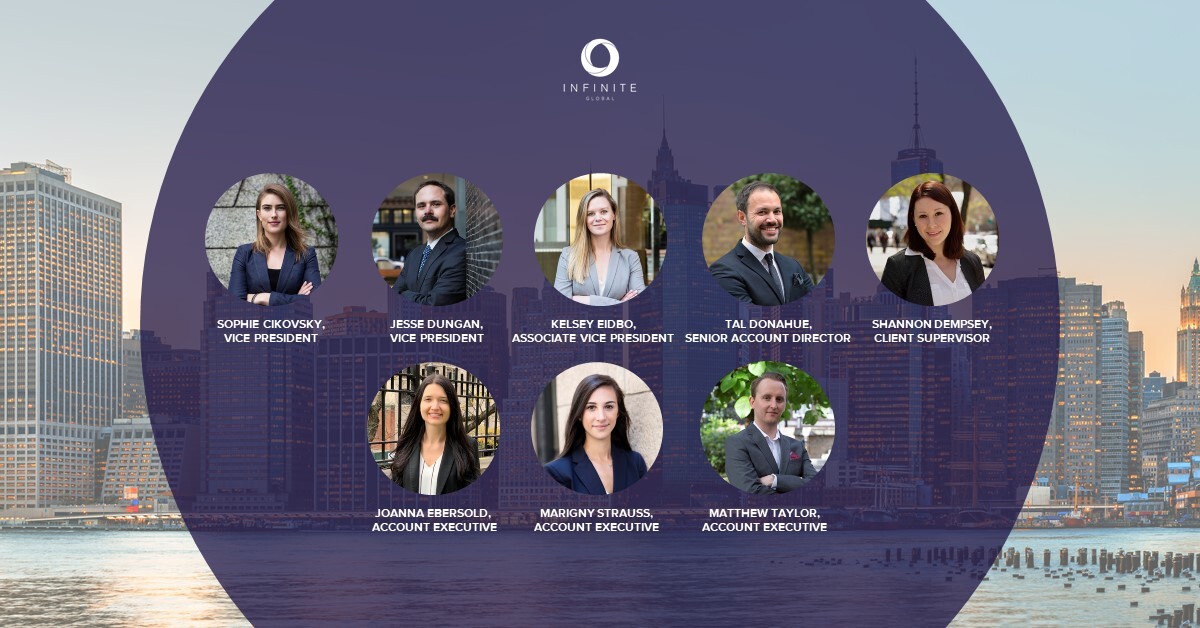 The promotions included five senior executives who have been with the company since at least 2016:

“This group of talented and hard-working individuals represents the next generation of leaders at the company,” said Infinite Global CEO Jamie Diaferia. “They couldn’t be more deserving of their promotions. It’s particularly gratifying to see the incredible value they are providing clients at this challenging time. Their work has never been more critical.”

In addition, the firm promoted:

“Investing in our people and promoting within has always been core to Infinite Global’s success,” said Infinite Global Chief Operating Officer Isabel Podda. “These individuals have seized the opportunities provided to them, which has benefited us and our clients.”