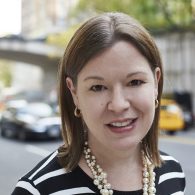 As a former legal journalist who now leads Infinite Global’s awards and recognitions work for our US clients, I’ve written hundreds of award nominations – and judged and reviewed even more. When law firm clients are disappointed with their in-house efforts to secure honors and accolades, they often turn to me to review their legal award nominations and offer constructive feedback on how they strengthen their submissions.

Strong, compelling writing is at the heart of most winning legal award nominations, but there’s far more to it than just that. Here are 10 tips that will increase a law firm’s chances of winning legal honors and recognitions.

A winning award nomination rarely gets written in a day. For most awards, I encourage my clients to begin the writing process about three weeks in advance. (Longer nominations, like American Lawyer’s Litigation Department of the Year, may take six to eight weeks.)

2. Read and reread the criteria outlined in the call for nominations

Many award nominations lose simply because the writer doesn’t give the judges what they’ve asked for. Take, for example, Law360’s MVP awards. The nomination form asks for up to five attorney achievements (big case wins or deals) within the last year, and for each achievement the judges want to know:

It’s a straightforward request, but nominations frequently omit those key pieces of information.

3. Know what it takes to win a legal award

Before drafting an award submission, research past winners. Some publications publish award recipient profiles, which makes the research process easy, but press releases or other law firm announcements that describe what the lawyer, practice or firm did that contributed to the win can also be helpful.

Ultimately, I want to be able to tell the nominee, “You need at least one Supreme Court win to be in the running,” or, “If you haven’t served as lead counsel on one of the 10 biggest mergers of the year, this nomination will be a long shot.”

Research shouldn’t stop at reviewing past winners. Before speaking with the nominee, learn as much as possible about their practice.

Pull past award nominations, Chambers submissions and any recent matters in the experience database. Tentatively identify matters that may resonate with the judges, and flag any missing details so that information can be gathered from the nominee.

5. Talk to the nominee

While it’s possible to write a winning award nomination without speaking to the nominee, it’s not recommended.

Half an hour of a nominee’s time is typically sufficient to review the award criteria, identify matters that should be featured in the nomination and discuss possible themes that can be emphasized.

Equally important: On occasion, that conversation concludes with the nominee deciding not to move forward with a nomination. And that’s OK – there’s always next year. There are times when a firm may have a strategic reason for submitting a nomination that’s unlikely to win, but on the whole it’s better to submit a few strong nominations than develop a reputation among judges for frequently submitting weak ones.

6. Identify key differentiators that will resonate with award judges

The writer’s job is to shine a spotlight on the nominee’s accomplishments, while simultaneously distinguishing them from the competition.

Judges should read a nominations and come away with clearly articulated reasons why the nominees should be winners, so superlatives are important. It’s not enough to say that someone was lead counsel on a merger; provide context on what set that merger apart. Was it the largest of the year? The biggest in the sector? The first of its kind?

It’s no secret that the legal profession – and BigLaw in particular – attracts over-achievers with no shortage of confidence. And telling an attorney, “I don’t think you should pursue this award,” is never an easy conversation. But lawyers are no strangers to probability and risk analysis, and just as lawyers need to share candid assessments with their clients, those who draft award submissions need to do the same. Weak nominations are a waste of time and money, and can hurt a firm’s credibility with judges.

It can be a tough conversation for an internal marketing team to have with the lawyers they support, which is why many of our clients turn to us for help with their awards programs. We have the broad perspective and depth of knowledge because we’ve supported so many law firms on these awards.

Don’t just claim that an attorney is the best or at the top of her field. Provide supporting evidence. Name clients, mention the pivotal cases the lawyer has won and demonstrate what sets the nominee apart. Again, don’t just provide key differentiators, but also provide benchmarks for context. For example, if the nominee argued six cases before the Supreme Court in a particular term, also note that the nominee argued more than any other lawyer that term.

9. Use good judgment, but don’t bore the judges

While hard evidence is crucial, be judicious.

This is an issue that arises frequently in nominations that require descriptions of key matters the nominee has handled. Oftentimes, nominees want to provide a blow-by-blow of the case, including every pleading that was filed and motion that was argued, even if it didn’t ultimately affect the outcome.

The goal when writing a nomination is to craft a compelling narrative, and that means a heavy edit may be necessary. For every fact that could be included, consider how strongly it contributed to the final result or if it’s the kind of colorful detail that might grab an award judge’s attention.

10. Reread the nomination requirements before submission

Before clicking “submit,” take one last pass through the call for nominations to ensure the submission addresses all of the award requirements. Does the essay touch on all of the award criteria? Does the nominee meet all of the eligibility requirements? Are headshots or the law firm logo required? Do attachments need to conform to a file-naming protocol?

There’s no point in investing time and money in an award nomination only to get disqualified for failing to meet the fine-print requirements. Nominations provide value to law firms, practices and individual lawyers, so don’t squander the opportunity.

Jennifer King is an associate vice president at Infinite Global, based in Chicago. She leads the company’s awards and legal directories work for US-based clients. She can be reached at jenniferk@infiniteglobal.com.