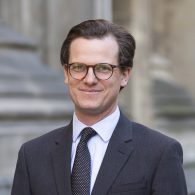 Singapore may best be described as small but mighty. Though it is a young city-state covering just half the size of London, it is among the world’s richest jurisdictions and is home to more than 4,200 corporate headquarters. Media stories flow in and out, much as business and investment does.

Land of opportunity and growth

Southeast Asia has seen tremendous economic growth in recent years, with an estimated total GDP of $3.11 trillion. Singapore – one of the region’s key business hubs – has played a crucial role in this growth story. Its status as a land of investment opportunity, thriving economy and abundance of business success stories, from new start-ups to multinational company expansion, provide rich and fertile ground for the media.

Its role as an Asian economic hub, coupled with the fact that English is the main language for education and business, means that Singapore is home to many nationalities from around the world. This is reflected in the media, which, as well as providing a voice from Singapore, has an important role in reporting overseas news for its multicultural inhabitants.

Standing out from the crowd

Singapore has a very small (and shrinking) local media pool – which means the area’s many companies are often fighting for press attention. Organisations must therefore ‘earn’ their column inches, and press releases must carry a compelling or unique narrative.

A deep understanding of news cycles and what journalists look for is therefore vital to getting your message across. Being a regional hub, newsrooms cover a range of issues and expert third-party insights are highly valued.

The city-state also has a sophisticated international media landscape, with international outlets such as CNBC, Bloomberg and Reuters all hosting major operations or bureaus in Singapore.

Unlike some other parts of the world, the media is not necessarily seen as the fourth estate but as a vehicle which contributes to nation-building and national identity. The city’s high smartphone penetration rate has contributed to growing popularity of digital online channels.

The rise of disruptive digital media players has accelerated the demise of local media organisations, with local newsrooms continuing to shrink, leaving their journalists with limited time and resources. The global coronavirus pandemic has also accelerated this shift to digital, which in many ways suits the region’s communications preferences.

Press events are challenging at the best of times, with cultural preference dictating that journalists prefer private interview settings rather than the public press conference style of news reporting more common in other parts of the world. A small media pool means high competition and time-poor journalists, so the transition to virtual press events has not only been seamless but will likely remain as a post-Covid legacy.

Singapore’s role as a key Asia-Pacific business hub is clear. It attracts a diverse range of corporates and individuals, and its media is an important gateway to – and window on – the wider world.

Though it may increasingly be via digital channels rather than print, news will continue to flow from, to and through Singapore.

This briefing was produced in collaboration with Blue Totem Communications. More information about Infinite Global’s international services can be found here.