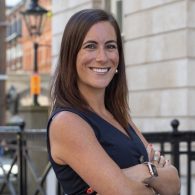 MIPIM, Europe’s largest real estate conference which takes place in Cannes every March, has always presented both opportunity and risk in equal measure.

Historically the playground of billionaire property moguls and extravagant yacht parties, filled with rumours of cross-border deals done over black-tie villa dinners, and home for four days to a sea of navy suits arriving from the UK on bursting Easyjet planes, communications teams at propcos have long been wringing their hands in exasperation over their biggest marketing spend of the year. Their questions are the same every year:

This year, in my view, MIPIM will be more fraught with risk than ever. Just like in 2009/2010, on the back of a recession staring potential attendees stubbornly in the face, there are more reasons than ever not to attend.

Three in particular come to mind:

Need one say anything more than the B-word? This is set to be the last time in the thirty years since MIPIM began that UK delegates attend as full members of the EU and, with March 29th ominously close, little else will be discussed at both official and fringe events – regardless of whether a withdrawal agreement is in place or not. The City of London Corporation is due to launch a research report at MIPIM focused on “the competitiveness and attractiveness of the City for location decisions post-Brexit”. I suspect they will be one of many.

Aside from the political fallout, the direct and indirect impact of Brexit on the UK property market has been frankly terrifying. Despite small pockets being somewhat insulated (offices, industrial etc), the market is in unquestionable turmoil. High end residential developers are folding daily, retail has been hit hard, and everyone from large propcos to global agents have recruitment freezes in place for the near term.

So how can any organisation truly justify the spend, extravagance and disruption that MIPIM presents, in a climate of such intense uncertainty? One agent told me this week: ‘Why on earth would I go to MIPIM in this market? It’ll be far more profitable chasing other people’s clients in London, whilst they are down in Cannes!’

Last year I wrote about how MIPIM presented an undeniable reputational risk to many attendees, following hot on the heels of the Presidents Club expose. More generally, the conference has widely become synonymous with poor diversity, low female attendance, and historically questionable behaviour (even if arguably on the part of just a few ‘industry dinosaurs’). Tales abounded about national newspapers sending reporters to ‘honeytrap’ delegates, comms teams furiously briefed their directors to stay away from certain parties, and Reed Midem, the organiser, reminded delegates that its code of conduct forbids “inappropriate behaviour”.

For some companies, the reputational risk was deemed too great, and led to them officially pulling out; Coutts, for example, cancelled their involvement in a legendary Thursday night champagne and smoked salmon fest. Ultimately though, despite many a MIPIM regular bemoaning this new and unfortunate age of ‘Having To Be On Their Best Behaviour’, there were no real reputational casualties in 2018.

This year, perhaps dangerously, it feels like the news agenda has moved on to new issues and topics. By this time in 2018, there had been multiple broadsheet articles warning of how MIPIM was firmly in the #metoo spotlight.

In our view, this risks creating a false sense of security which represents the biggest reputational threat: if attendees believe that the media has turned its attention elsewhere, they are already on dangerous ground. Journalists are still journalists, hunting for headlines; diversity is still a persistent and critical issue for the property industry; and corporate reputations can still be ruined in an instant by even a tangential link to the wrong party, place or person. Businesses of all stripes should, rightly, be on their guard and suitably prepared for on-the-ground incidents (hopefully there are none!). However, perhaps more importantly, they should also be taking positive steps to address any organisational shortcomings which can evolve into longer-term reputational risks – from the gender pay gap, to board representation, to policies supporting ethnic and social diversity.

2018 also saw a number of UK councils publicly named and shamed for their ‘extravagant spending of taxpayer’s money’ to send delegates to ‘the alcohol-soaked property jamboree’. Despite having a robust business case Cornwall was slammed for spending £46,000 sending a team to Cannes at the same time as council tax bills went up by an unprecedented amount.

Scrutiny of public bodies and their spending is nothing new, but is only on the rise as economic conditions get tougher and funding continues to be squeezed. Corporates won’t avoid the public microscope either, and need to be prepared to justify the ever-growing costs associated with an event like this. Last year Barratt, the UK’s biggest housebuilder scaled back their attendance significantly, reportedly because management felt they could not “justify the time and money”.

Even with a valid business reason for being at MIPIM (like Cornwall had last year, launching the Cornwall Investment Fund and trying to secure investment), just the idea of extravagant or unmeasurable spending – regardless of whether it comes from taxpayers or investors – becomes a potential reputational landmine.

Reading this, you’d be forgiven for thinking that there doesn’t seem to be a single reason why any intelligent person or institution would opt to spend their hard-fought marketing budgets during tough economic times on a conference which presents reputational risk, potential public shaming, and a myriad of political sensitivities.

But there is another perspective.

There are already just shy of 20,000 registered delegates – a number which will keep growing (last year there were 28,000) – and tens of thousands more who attend fringe events unofficially. At a property networking lunch I attended a couple of weeks ago, one of the audience questions was around whether events like MIPIM would lose their lustre and shrink in light of the tough market, and the answer was a resounding “no”. This is still the way the property world does business.

We always have, and always will, need to have human interaction to make contacts and do deals – and more so than ever in this market.

Individual reputations aside, the biggest reputational risk that Brexit represents for the UK is that our country starts to be perceived as being closed for business. Being branding and reputation experts ourselves, we know how vital it is for ‘Brand UK’ to showcase itself as a place to do business, to attract investment and to continue to compete for talent. The UK – as a place brand – needs to maintain its spot on the world stage, and its contributing sub-brands – from regions and cities, to developers and advisers – all have a part to play in telling that story.

This is place branding and reputation management writ large in a challenging political and economic climate, and it is more fundamental than ever that we invest in it properly, and do it right.

By Tali Robinson, Board Director and Head of Property, Infinite Global

Click here to read more about our property experience.