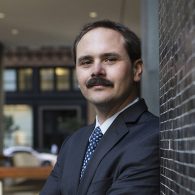 One of the most powerful ways to maximize strategic media placements is so simple, often overlooked. Still, very few businesses invest the small amount of time needed to lead the news cycle and drive coverage, as opposed to just reacting to current events. This obvious, but little-used approach boils down to two words: Think ahead.

For lawyers and law firm PR professionals, this means taking time to think about significant events, developments and trends in the offing. It’s one thing to look at a major ruling or hot enforcement in the day’s paper and say, “hey, I could talk about that.” It’s quite another to tap one’s subjective expertise to anticipate what the big news will be weeks or even months ahead of time.

Lawyers are so deeply involved in the minutia of their particular practice areas, they are often uniquely positioned to anticipate the big cases, regulatory changes or new legislation that are likely to make a splash in the not-to-distant future. And, importantly, they understand what these potential changes could mean for their clients. If they identify key takeaways for their target audience, they can be first in line to provide analysis when the news drops. In some cases, they can even create the news, by alerting journalists to the significance of a particular matter.

We saw a great example of this a few years ago on the eve of the expiration of a gift tax exemption that was set for the last day of 2012. In the end, the exemption didn’t happen—but a thoughtful client, a wealth management law firm, still benefited greatly from preparing for it. The law firm was helping many of its clients prepare for the expiration, which would have imposed a hefty tax on a much wider pool of gifts and inheritances by lowering the dollar amount under which such taxes were exempt.

The client filled us in on the story early in 2012. It was something they were following closely for their clients, but the media had not yet picked up on it in any widespread way. We saw a few news pieces on the topic, but nothing, they believed, that captured the impact the expiration could have. The law firm thought more people should know about the impending change, and that there were a lot of prospective clients out there who might want to explore how it would affect their finances.

We put together an action plan that involved reaching out to media outlets with various “hooks”. The firm was already extremely familiar with the details, and the lawyers involved helped by putting a few key points down on paper. The gist of it was: Here’s the upshot, and here are our sources that can talk more about it.

We identified various outlets for the story—both general news organizations and niche publications and journals—and tailored our pitches based on their focus and audience. It was a story that we knew could be just as appropriate in the New York Times as in legal journals and publications that focused on wealth management and estate planning. We tried to be creative with the angles we’d bring to each publication. For state and local publications, we suggested a story exploring how this federal tax development might conflict with state gift tax laws. We even got a placement in an art magazine (pretty far off the beaten path for our law firm clients) based on the pitch that handing down pieces of art would have a whole new set of tax implications after the expiration.

In the end our client got a ton of press—they had a few gigs penning articles for journals, and they had placements in a lot of mainstream outlets, including huge ones like The New York Times, the Associated Press and Barron’s.

The client’s early start on this issue was key. Infinite was able to get our client’s name and expertise out to reporters early. It’s easy enough to reach out to the press when a piece of news hits its apex, but it’s more effective to contact a reporter early on, allowing him to search their email for the pitch they received a few months ago, with a ready-made factsheet and list of lawyer contacts.

Even though it ended up dying, the tax issue was a big deal and our clients were experts on the matter. They probably could have gotten media placements even without their forethought and action, but they probably wouldn’t have been quoted in as many publications or on as many of the topic’s angles if they hadn’t paid it some thought and a little bit of time far in advance. That’s the power of early action.