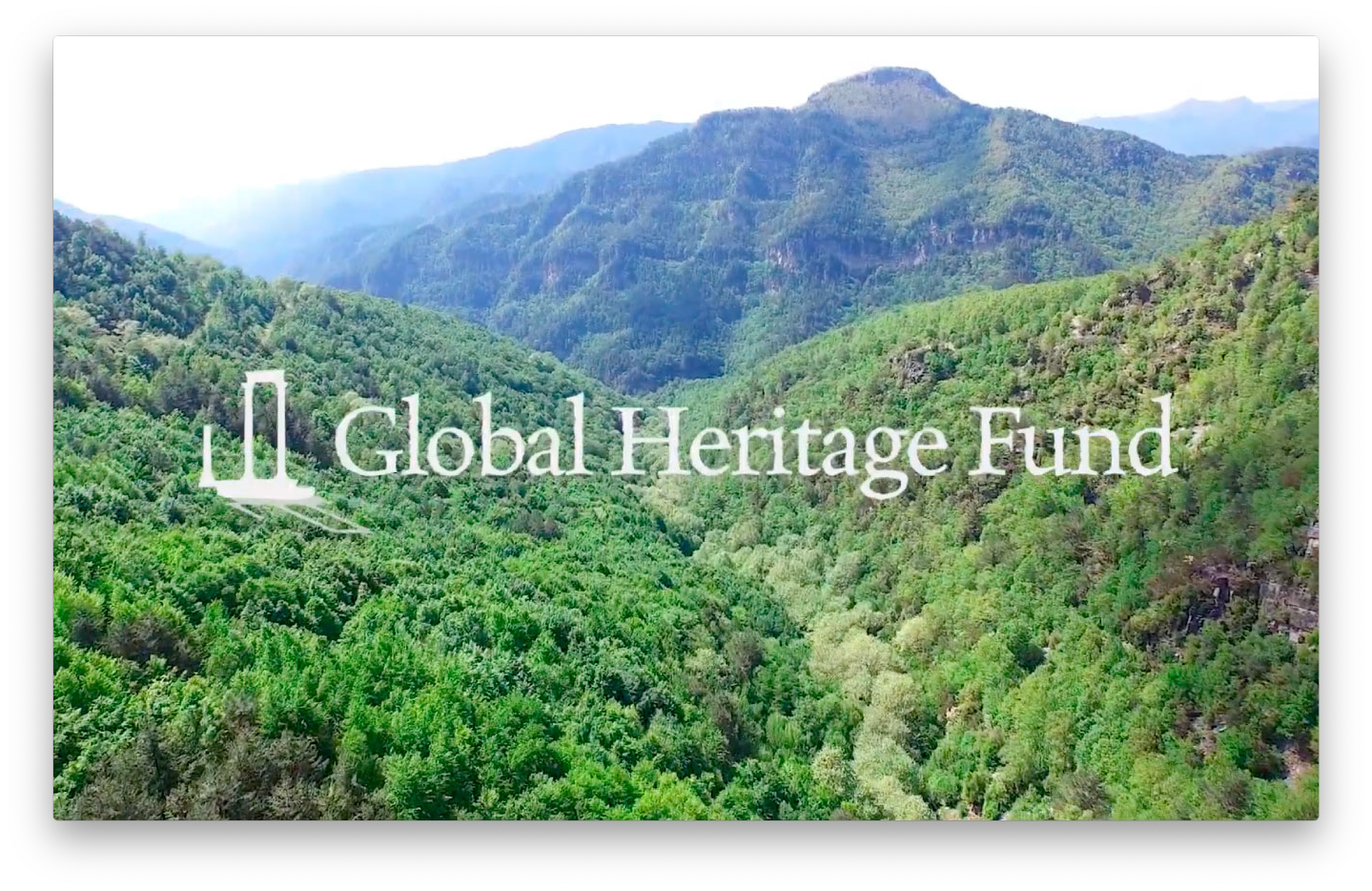 Global Heritage Fund (GHF) is an international charity, whose mission is to sustainably preserve the most significant and endangered cultural heritage sites in developing regions of the world.

Following the maturation of several key projects, GHF were beginning to review their communications strategy, as well as seeking to broaden their base of donors – including governmental support, corporate giving, HNW philanthropy, and donations from the general public. As part of this programme, we identified early on that the organisation needed to better articulate its message and to do so through new channels and formats to appeal to different audiences. 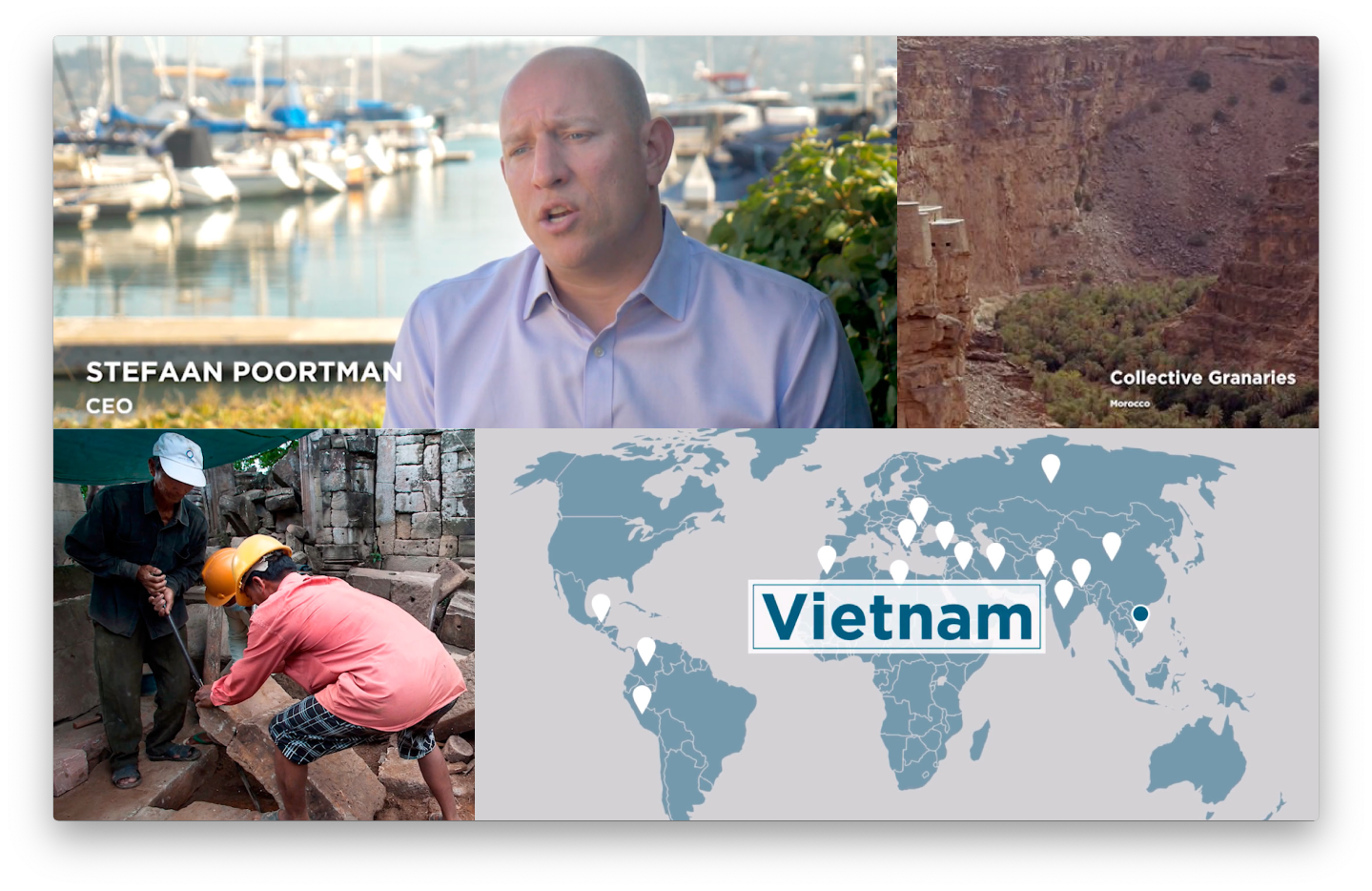 Infinite Global had been working with GHF’s UK team on a number of pro bono PR activities, and were brought on board to help articulate the strategic messaging for the charity and to present this, along with showcasing some of the most impactful heritage conservation projects the charity had worked on, through a new film.

The aim of the film was threefold: to educate about GHF’s role and purpose in the world; to highlight the many risks – both natural and man-made – that cultural heritage faces and the positive impact that GHF can and does have in addressing this risk; and to inspire potential donors and collaborators to get involved and make a difference.

The Infinite Global team first worked to create a compelling storyboard for the proposed film, following interviews held with GHF CEO Stefaan Poortman and the rest of the team. The concept for the film was to include a diverse mix of content types to sustain viewer interest and momentum through the narrative – including interviews, graphics, real life photography, on-site cinematography and carefully curated stock footage. Given the geographical scope of GHF’s enterprise, the project was coordinated by the Infinite Global team in London who gave creative direction to GHF staff to conduct filmed interviews at HQ in San Francisco and to source required raw imagery and footage from project archives in locations such as Colombia, Cambodia and Turkey. In addition, Infinite Global’s London-based brand and creative team conceptualised and art-worked all the bespoke graphical elements to be used throughout the film.

These materials were then refined back in London, and developed in line with the overarching narrative to tell the GHF story in an intriguing, immersive, inspirational manner.

Following a significant update to GHF’s global communications strategy part-way through the project, we worked to bring the film in line with the new messaging, delivering the final cut of the film for GHF to launch in time for its holiday campaign in December 2018.

The film was originally intended for use at events, presentations and one-to-one meetings, but it was prepared and packaged so that it could be shared through additional channels including the GHF website and social media.

"This is a tough time for cultural heritage and historic sites. At Global Heritage Fund, we work to protect the world's most endangered historic sites, and our work is more important now than ever. This film shows our mission and projects to a broader audience while remaining true to GHF's spirit. We are grateful to Tal and the team at Infinite Global, and we hope this film inspires people around the globe to join us in protecting endangered heritage sites and traditions."

This project was delivered with the help of support from our Corporate Responsibility pro bono programme, allowing the film to be delivered to GHF at approximately 25% of the cost value of the project. Not only did the film enable GHF to tell its unique and inspiring story in a whole new way, Infinite Global was proud to be able to play its part in raising awareness of the critical issue of cultural heritage risk which is affecting communities around the developing world, and beyond.