Tenácitas International, a Miami-based business, intelligence and risk advisory firm, has a profound knowledge of Latin America and the Caribbean. Yet, despite the outstanding experience its team has accumulated over several decades, it remained a small fish in a big pond. With a strategy geared towards doubling in size in three years, the company needed a stronger market proposition and a new visual identity. 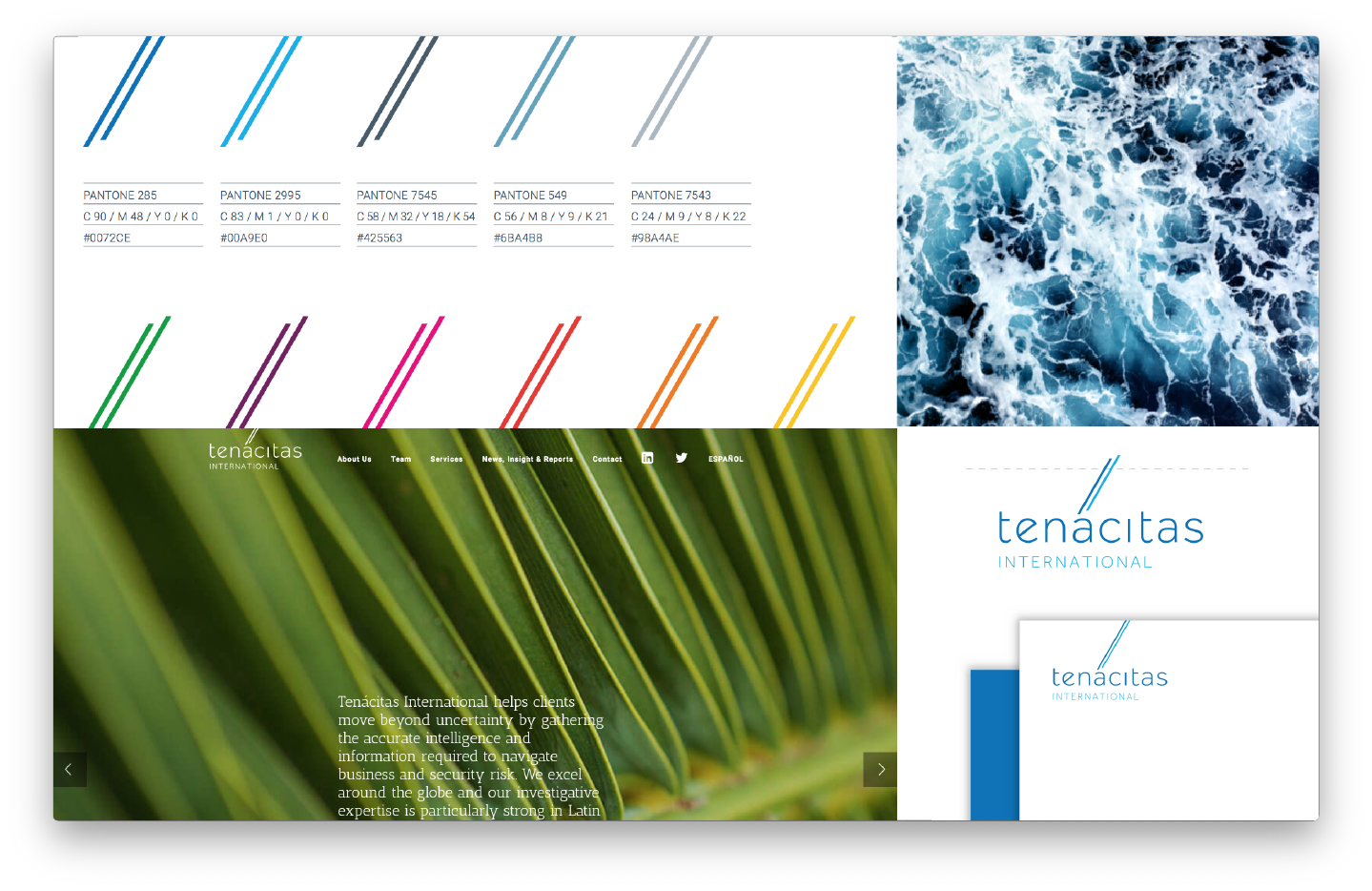 Infinite Global mapped out the company’s weaknesses and potential market threats, which allowed us to appreciate its true strengths. Through a collaborative discovery period, we realized that its Miami roots, combined with its expertise across Latin America, naturally positioned Tenácitas as a local firm with an international reach. This informed the entire branding transformation, and resonated in both the UK and Latin America.

The new identity we created for the firm is dynamic and vibrant, putting people at its heart, and celebrating Miami and its diversity. Summarized within an extensive and immersive brand guidelines pack, we ensured the new identity expressed the vibrant, emotional character of the firm’s heritage, alongside the factual, logical grounding of its business intelligence positioning. The tone of voice chosen balances these attributes in writing, while the color palette includes both professional blue and grey tones, alongside bright pinks and yellows, and the brand imagery contrasts brightly colored shapes with complex textures. As a final component of the visual language, the acute accent was developed as a dominant feature in the new brand, signifying both the Latin American roots of the firm and its international vision.

"The forward-leaning acute accent ( ́ ) generally indicates a stressed syllable or raised pitch. The acute accent is also placed over vowels in Spanish to mark that the syllable in which the vowel appears is stressed." — Merriam Webster 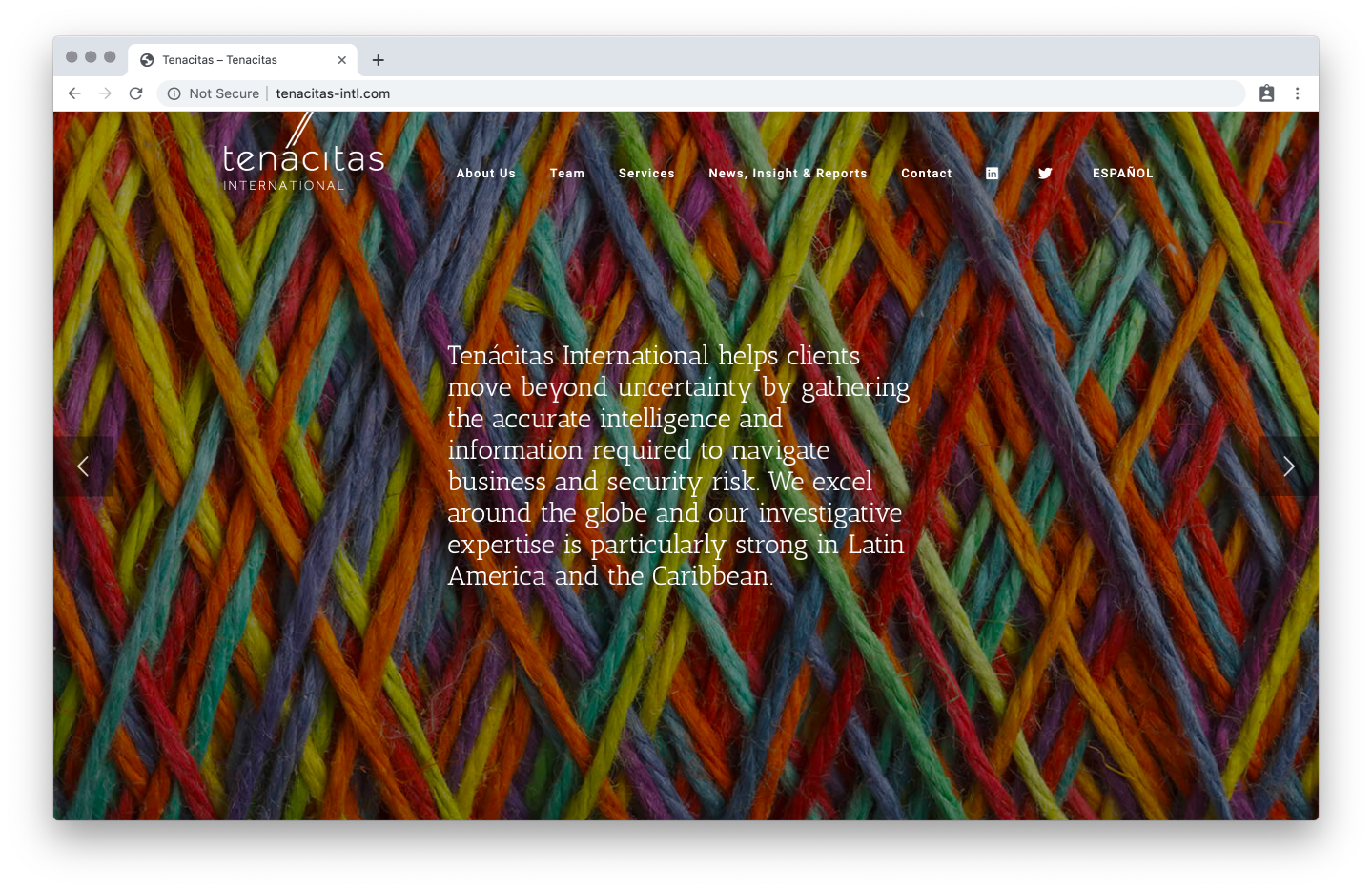 Every week Tenácitas creates updates and insight on local industry regulations, laws and business climates, a truly valuable resource to the firm’s audience. This editorial content was collated into an accessible hub on the new website to show off the firm’s intelligence to the world.

Through the launch of the new visual identity, alongside tone of voice, content curation and guidelines, we have created the platform from which Tenácitas can realize its ambition.

Explore more of our work

Launching a new legal podcast in the US