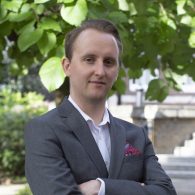 Last week Thomas Cook collapsed into liquidation as rescue talks between the company, Chinese shareholder Fosun, and the banks broke down. The fall of the world’s oldest travel firm was primarily blamed on its failure to adapt its business model to digital transformation, racking up overwhelming debts over the past decade and failing to find a suitable buyer.

Even the UK government chose not to bail out Thomas Cook, whose collapse was imminent – despite the enormous cost to the taxpayer of repatriation – showing a complete loss of trust in the brand once synonymous with the British holiday.

From a crisis and reputation management perspective, the case prompts a number of key observations:

Thomas Cook’s collapse triggered Operation Matterhorn, the biggest ever peacetime repatriation for the UK, led by the Government and the CAA. Despite the sheer scale of the operation, the general consensus is that management and communications from the CAA has been impressive, the plan getting off the ground without a problem and Chair Deidre Hutton appearing on the news immediately after the liquidation announcement, providing information and reassurance to affected customers.

The CAA is built in part to handle precisely such crises; nevertheless, the speed and sharpness of the organisation’s response speaks volumes of the value of effective crisis preparation, scenario mapping and risk management.

By contrast, it seemed that major travel operators did not account for the Thomas Cook collapse and resulting rise in demand from holidaymakers for rebookings: the dynamic pricing systems – driven by this demand and subsequent traffic to booking sites – were not adapted, hiking prices for stranded passengers.

This resulted in a major communications challenge and reputational risk for operators, who were criticised as seemingly profiteering on the misfortune of stranded consumers, damaging trust and reinforcing perceived grievances. Due to this initial response, it can be expected that the collapse of the firm will likely ripple through the travel industry for many months to come, impacting customer behaviour (in a market already compounded by issues such as Brexit and a weak pound) and consumer trust in the package holiday.

Setting aside reputational risk caused by market forces and the need for smarter dynamic pricing, sections of the travel industry did conduct a well-planned communications operation. Companies associated with Thomas Cook in particular (such as hotels, tour operators, and high street travel agents) reacted early by setting up internal taskforces, developing a crisis communications plan and having an on-call team to monitor the situation as it developed.

Remaining vigilant when sending out internal communications and posting social media content is also crucial to crisis communications. This is something that the Frankfurt-based arm of the airline, Condor, and its CEO Jean Christoph Debus, forgot after it was bailed out by the German government with £336 million in funding.

In the immediate aftermath, an internal video was shared on social media showing Debus being applauded by staff following the bailout. Although a justifiably celebratory moment, the video caused reputational damage (prompting Debus to issue an apology statement) by suggesting the company lacked empathy or understanding of the devastation caused to passengers and employees. The case reinforces a core rule of crisis communications and leadership: anything that is done and said internally, will quickly become external. Don’t do or say anything that you don’t want to see on social media platforms or the front pages of trade and national publications.

Even with this reassurance and preparedness from major travel operators, the collapse still raises serious questions of corporate governance and leadership, which remains a hot topic in the wake of the collapse of Carillion, BHS and more recently Wrightbus in Northern Ireland.

Waiting until after the immediate aftermath, former Thomas Cook chief executive Peter Frankhauser, took part in two separate interviews with The Sunday Times and The Mail on Sunday – a concerted PR move that attempted to speak to core consumers and redress the conversation balance.

In the two interviews, the former CEO appeared to shift the blame for the collapse onto the bondholders and syndicate of banks for not supporting a bail-out plan and not acting fast enough, as well as trying to redress his image as a corporate ‘fat cat’. Though Frankhauser and former top executives at Thomas Cook may not avoid an upcoming parliamentary inquiry, this demonstrates an effort to move the conversation forward and mitigate criticism of the chief executives – a conscious repositioning of the blame.

Given the magnitude of the collapse and with ongoing repatriation efforts, the political backdrop, and reports that customer refunds may take up to two months to be processed, a collapse of this scale (and the affairs of troubled companies more generally) will remain under the scrutiny of the public eye.

Infinite Global provides crisis, litigation and special situations PR support to a wide range of organisations and private clients, both internationally and domestically. Contact London office Director Peter Barrett via email or  on the phone on +44 207 269 1433 for further information.