Mind the gap: the risk of valuation stretch for brands 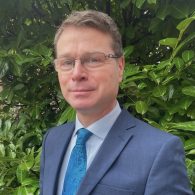 Imagine a brand as an elastic band.

Stretch it too far and it will snap.

Don’t stretch it far enough and it won’t perform any useful function.

How far to stretch ultimately depends on the strength of the brand itself.  It’s a fundamental communications challenge and applies just as much to financial and corporate PR as it does to consumer and marketing comms.

Take investing in the stock market. As share prices soar, so valuations become more stretched. Recently floated companies without much of a track record and no history of actually making any money are particularly vulnerable as their brand equity is low.

Floated on the stock market earlier this year, its shares initially sprouted wings as investors bought into the story of Darktrace’s machine-learning artificial intelligence and how it helps customers spot suspicious activity in computer systems.

But in recent days the shares, though still well above their offer price, have begun to lose altitude. The Times reported that Peel Hunt became the first stockbroker to issue “sell” advice on Darktrace, arguing that there was a “disconnect between the valuation and the ultimate revenue opportunity”.

The broker went on to say the business relied too heavily on Darktrace’s marketing team to drive growth and asserted that there was a “gap between the promise and reality” of its products.

It’s a similar story over at THG, the Manchester-based health and beauty online retailer formerly known as The Hut Group.

Its shares also sky-rocketed after going public last year but they’ve recently fallen back to earth as doubts were raised about just how much of a tech company THG actually is to justify such a high valuation.

Even so, a recent Financial Times article  noted that of ten investment bank analysts surveyed only one had a sell rating on THG’s shares.

“We think the offering is overhyped and these factors make THG a compelling short,” i.e. a sell, said Jack Stonehouse, the first analyst to cast serious doubt on THG’s growth story.

As put-downs go, though, neither he nor his peer at Peel Hunt can compare to Derek Terrington. In 1991 the UBS analyst issued a zinger of a negative research note on Robert Maxwell’s Mirror Group Newspapers with the famous headline “Can’t Recommend a Purchase”.

The point here is that ultimately, analysts’ opinions are just that: opinions.

They may be right; they may be wrong. But for a market to work efficiently, you not only need buyers and sellers but also a plurality of different, informed opinions, not just a lazy consensus.

Company advocates – be they lawyers, investment bankers or PRs – help frame investment cases. So it’s understandable they want to push back if and when that carefully crafted narrative is questioned.

Robustly disagreeing with counter-arguments, highlighting any factual errors made, and challenging valuation methodologies used are all perfectly valid tactics. But they only get you so far.

Ultimately there comes a time when even the loudest cheerleader has to accept a different approach is needed.

Knowing when to ease off pulling on that brand band is one of the toughest judgement calls in comms.