Why emotional storytelling is more important than ever 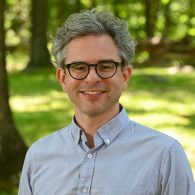 No one likes to be told they’re wrong. And in the age of “alternative facts,” it seems no one has to.

Bring your assumptions on the topic du jour to the internet and you will find whatever you need to maintain your beliefs and to discount anything that may challenge them.

Confirmation bias — the idea that we are prone to seek out information that conforms with our preexisting beliefs and actively dismiss contradictory evidence — has long been part of the human condition. Indeed, as recently reported in the New Yorker, it is linked to our survival as a species. Since the hunter-gatherer days of our ancestors, we’ve been more motivated by winning arguments than thinking logically.

But today we are arguably more susceptible to confirmation bias than ever because of the vast array of information sources available to us. This obviously has enormous implications for our politics. For most of us, our Facebook and Twitter feeds show us only what we want to see, which is usually anything that confirms what we already believe. If we don’t actively seek out alternative views, we likely won’t get them. And let’s be honest, most of us don’t.

But confirmation bias is not just relevant to politics. It’s relevant to anyone or any company seeking to change somebody’s mind. Research shows that many communications professionals need to change their approach.

When confronted with a crisis, the default response by many companies is to overload the public with a laundry list of facts. But research shows that approach can hurt more than help.

The “backfire effect,” as summarized by Ogilvy Center for Behavioral Science President Christopher Graves, describes the response that people have when presented with facts that contradict their previous understanding. Instead of accepting the new information, many people are apt to double down on their previous views and reject the new facts.

This is intuitive. Who hasn’t been in an argument that results in each side digging in deeper? With so much information available to us — and so much of it shared in a cocoon of like-minded people — it’s that much easier to hold onto our beliefs.

The fact is avoiding confirmation bias is hard. It requires thinking logically and scrutinizing information and adjusting our views. It’s cognitively taxing. Most of us want to avoid that kind of hard work.

Feeling, on the other hand — much easier. And that’s why research suggests that in order to convince someone they’re wrong, appealing to their emotions may be the most effective strategy. And the best way to activate their emotions? Tell them a story.

Anyone who makes a living raising money for charities and social causes knows it’s more effective to tell potential donors a story about an individual who will benefit rather than offer an explanation about the scope of the ill that the organization is seeking to alleviate.

This is not necessarily something to celebrate. We should all wish to live in a world where logic and facts win the day. But alas, that’s not always the case. And if you don’t believe that, well, let me tell you a story…

Andrew Longstreth is the Head Writer at Infinite Global, based in New York. He creates custom content for law firms and advises on PR strategies. Andrew can be reached at andrewl@infiniteglobal.com.