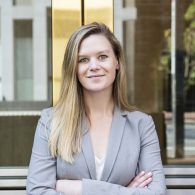 Infinite Global was enlisted by the world’s largest private provider of alternative dispute resolution (ADR) services to raise its profile and enhance its visibility among global audiences.

An initial profile-raising and PR program was first established in the United States, engaging in extensive issues management and reactive commentary on many of the most prominent dispute issues in the press, and placing contributed thought leadership pieces in publications targeting ADR, legal, industry and business audiences. We also worked diligently to amplify the visibility of key additions of mediators and arbitrators – known as ‘neutrals’ – across the country.

Building on this solid foundation, our UK team was enlisted for highly targeted support on the ground in London, where the organisation has a growing presence as part of the international arbitration community.

Further afield, our international agency network partners in Hong Kong and Singapore were activated to support profile-raising, content and PR activity. Significant press activity was arranged in relation to a major tour of China by the client, including international agreements which established two new alternative dispute resolution panels to serve the region. In Singapore, a major international event served as the launch pad for a highly targeted program of content and media relations activity.

In 2020, the organization expanded its work with Infinite Global to begin producing a series of branded podcasts around key industry issues, helping to ensure they stay at the forefront of emerging trends in alternative dispute resolution.

Overall, the client’s international media profile has continued to grow year on year – underpinned by a robust, on-going PR effort in the United States, that continues to expand as more neutrals have seen the success of the PR program and become involved, authoring thought leadership pieces and partaking in podcast interviews.  In the first half of 2020 alone, Infinite Global secured placement for almost four times the number of thought leadership articles in targeted publications than the same period in the previous year.

More widely, each of the special projects in the UK, China and Singapore significantly exceeded expectations in terms of content produced, stakeholder engagement and targeted media activity.