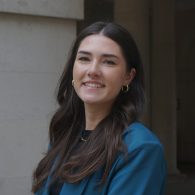 Energy correspondents have had their work cut out as of late.

From the escalating climate emergency to war in Ukraine and the resulting energy crisis, the events of the past year have put energy news firmly on everyone’s lips – and the front pages.

Earlier this year, Roxhill Media turned the spotlight on the energy sector with a series of live webinars featuring energy correspondents from some of the UK’s top news outlets, including the Financial Times, The Telegraph, City AM and PA Media.

We jumped at the opportunity to get inside the heads of those powering the energy conversation.

As Nicholas Earl of City AM put it when interviewed, what was once a “sleepy backwater” of a news section has been pushed to the top of the media agenda and the forefront of people’s lives.

With COP27 drawing closer and the energy crisis deepening, understanding how the media’s energy agenda is being shaped, and how to engage with, contribute to, and influence it, has never been more important.

The severity of the climate crisis is about to be brought to the top of the media agenda once again with this year’s COP27, hosted in Egypt this November.

Faced with record CO2 emissions last year, increasingly frequent extreme weather events, and ongoing energy security issues and price volatility, climate action and increasing renewable capacity will be on the radar for policy makers and energy correspondents alike. With fossil fuels accounting for over 75% of global greenhouse gas emissions, it’s clear that energy production and consumption remains the beating heart of the climate challenge – and perhaps the key to its solution.

In this context, understanding exactly what role renewable energy will play in the UK’s push for net zero carbon emissions by 2050 is of critical public interest, while public support for renewables projects is positive and widespread.

Understandably, therefore, whilst all four journalists interviewed by Roxhill report on a variety of traditional energy markets and issues, appetite for stories on renewables was mentioned as a point of interest by every one of them.

Meanwhile, hypothesising what new technologies or resources could help clear the path to net zero is something on the agenda of newsrooms up and down the country.

Interestingly, with this in mind, the renewable energy source brought up most consistently by the reporters interviewed by Roxhill was hydrogen.

At a time where, according to the IEA, “energy sector investment must be scaled up and directed towards cleaner and more sustainable technologies that support climate change mitigation”, alternative low-carbon energy resources such as hydrogen offer intriguing potential solutions to the ongoing climate crisis.

But investment is key. Whilst demand for hydrogen has grown more than threefold since 1975 and the number of countries investing in the sector is increasing steadily, Rachel Millard, Energy Correspondent at The Telegraph, pointed out that interest around the resource remains high because of the chasm between its extraordinary potential use and the lacking existing infrastructure.

August Graham, City Reporter at PA Media, agreed that the biggest stories in this sector centre around whether hydrogen is a feasible alternative to carbon-based energy given the amount of investment required to make it economically viable for the industry.

Whilst the IEA theorises that the cost of producing hydrogen could fall 30% by 2030, both journalists contemplated how the government and industry will work together to remove investment barriers and tap into hydrogen’s potential.

According to Tom Wilson, Energy Reporter at the FT, the most read and engaged with energy stories are those which concern developments in renewables or climate technology and have a “final frontier”, sci-fi sense to them.

August Graham agreed, pointing out that stories on smaller climate tech companies and solutions, or energy developments that perhaps previously would’ve flown under the radar, are getting more and more attention – both in print and by investors. Demand for new solutions is evidently soaring as governments and companies line up their net zero commitments, resulting in record climate tech funding in recent years.

Indeed, an analysis of the key UK news outlets shows that, from September 2019 to 2022, media mentions of climate technology terms in relation to climate change have been steadily increasing. 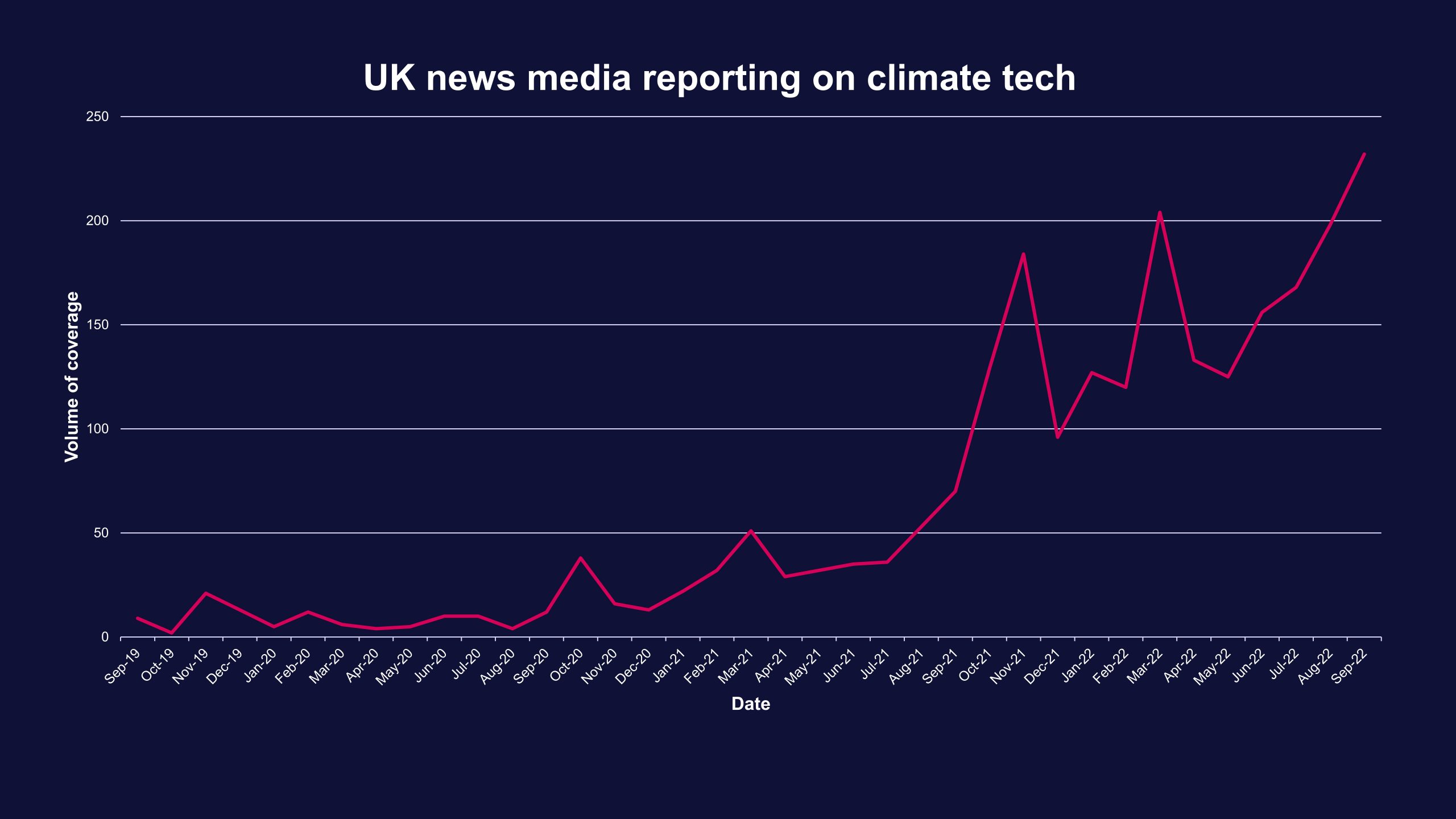 This interest in the potential of climate tech was one echoed throughout the webinars – Rachel Millard pondered how the practicality of EVs will play out; August Graham mulled over whether supply chains would be able to cope with increased heat pump usage; and Nicholas Earl wondered what role carbon capture could play in the collective hurtle towards our net zero deadline.

With the energy and climate crises raging, stories about ambitious new-wave technology that could provide solutions and change the world will have clear appeal to a country where over three quarters of adults are concerned about climate change.

Who wants to talk about ESG?

Whilst the term ‘ESG’ is not new, it has gained even more currency in recent years and ESG assets are set to hit $53 trillion by 2025, according to Bloomberg Intelligence . It’s no surprise that the growth of media attention on the topic has skyrocketed.

According to research conducted by Infinite Global last year, analysis of the key UK national publications evidenced that the frequency of the terms ‘ESG’ or ‘Impact Investing’ had increased 100% every year from 2018-2021.

While sustainable investing was once seen as niche, it seems evident that ESG is now something investors can (literally) no longer afford to ignore.

With some UK energy companies set to track their renewables usage 24/7 in an effort to curb the spread of misinformation and UK regulators beginning to legislate against greenwashing, it’s clear that the conversation around ESG and sustainable investing is going to gather pace, and increasingly become one that almost all companies will need to have a position on – if they don’t already.

The war in Ukraine continues to impact energy markets, driving oil and gas prices to their highest levels in nearly a decade. As the conflict continues, so does the war for energy security in Europe.

According to Tom Wilson of the FT, there has been a clear backslide in public condemnation of traditional fossil fuel supplies as a result of soaring energy prices.

Continuing to push the net zero agenda in the face of the everyday issues affecting people’s bills and their ability to put food on the table poses a complex communications challenge for participants in the sector.

At the same time, energy companies face balancing the short term need to demonstrate customer empathy and support, with showcasing long-term responsibility and resilience – as well as tangible progress towards and prioritisation of net zero ambitions.

This is not an easy circle to square.

Whilst the climate story has been threatened by the fallout of the events in Ukraine, Tom Wilson pointed out that crucially, the energy crisis and climate action are inextricably linked.

The world will “inevitably” be forced towards renewables, he said, partially as a result of fossil fuels’ finitude, but also because the energy crisis has highlighted the long-term issues that accompany a carbon-reliant economy.

From talk to action

In this context, the role of communications and the media in cutting through the noise and improving understanding of the issues at the centre of the energy sector cannot be understated – the topics concerning these journalists are ones that will affect all of us.

With thanks to Roxhill Media, Tom Wilson, August Graham, Rachel Millard, and Nicholas Earl. All media reporting data from Cision, correct as of 18.10.2022

Gloves come off in ESG spat