The Independent Voice: Corporate Reputation and the Role of the Non-Executive Director 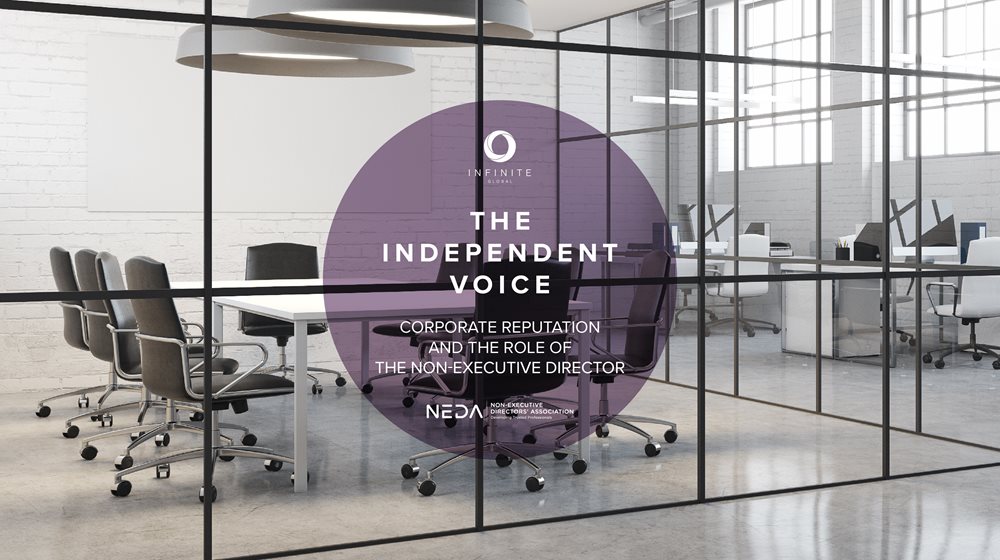 Non-Executive Directors (NEDs), with their ‘independent’ voice within organisations, have a clear role to play in the reputation management landscape – a role that is yet to be fully realised.

New research from the Non-Executive Directors’ Association (NEDA) and Infinite Global has shed a new light on the ‘pivotal’ role that NEDs can and should play in the reputation management of modern, 21st Century organisations.